Marie Chiba, Riedel and more at pairing sessions in Tokyo 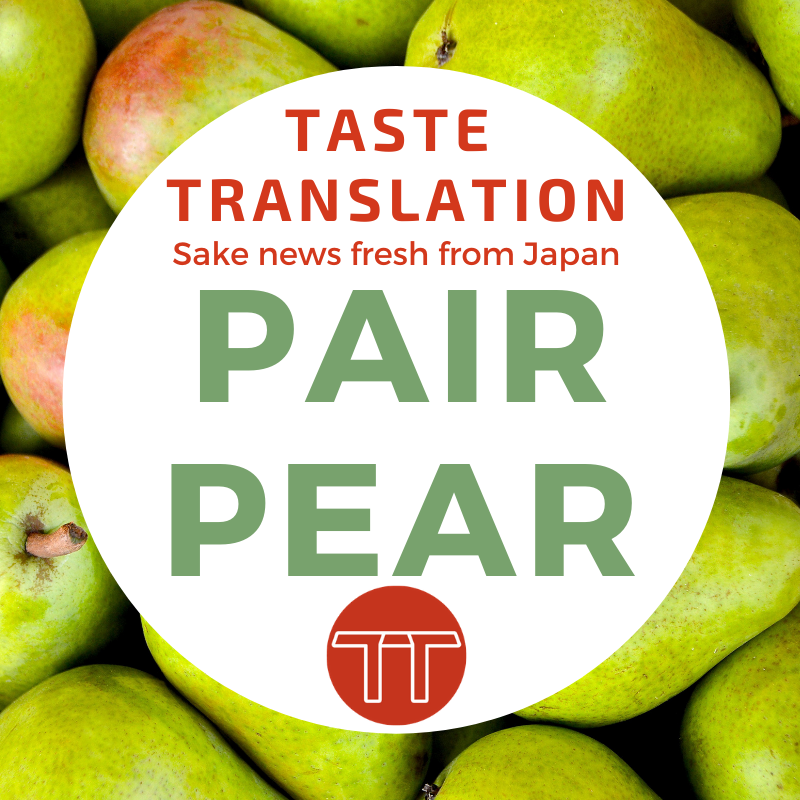 The Ryokō Shimbun (“Travel Times”) covers a series of seminars held on 18 November 2020 at the Chinaznso Hotel under the auspices of the Tokyo-based Sake Service Institute [SSI, 日本酒サービス研究会・酒匠研究会連合会], a well-known sake promotion and education group.

The seminars were aimed at hotels and restaurants as well as sake fans, and focused on sake and food pairing. Sake is generally priced lower than wine in Japan, but the events focused on pairing sake with luxury foods rather than everyday ones to communicate its appeal and increase its perceived value.

The events were attended by 18 people, and the first session was led by “sake stylist” Ritsuko Shimada who outlined her theory of the attraction of sake. She reminded the audience that exports of sake grew from JPY 7.2 billion in 2009 to JPY 22.2 billion in 2018, interpreting this as more people around the world getting used to enjoying sake.

She also reported that 55% of Japanese people describe themselves as able to hold their drink, 40% describe themselves as not able to, while 6-7% said they don’t or can’t drink. She also warned that, assuming the ability to handle alcohol is based on genetics and build, people who used to have problems with alcohol who then drink a lot without getting drunk have just become used to it – they don’t necessarily handle it any better and need to be on guard against alcoholism.[*]

Shimada also commented that people who usually can’t drink alcohol can still enjoy sake used as an ingredient, or use sake instead of water to cook rice – neither of those will get them drunk.

The next session was with Marie Chiba, who appeared in the film Sake Sisters[**], and maintains that herbs and spices can draw out the flavour of sake. She recommended Jūyondai Chōtokusen junmai daiginjō paired with eggs cooked with dashi and green onion, accompanied by grated radish with yuzu koshō. And for dessert, matcha pudding – the green tea powder enhances the bitterness of the sake. The seminar also included four other pairings.

The third seminar with Daisuke Jōji concentrated on temperature and serving vessels, using glassware from Riedel. It started off with their specialist daiginjō glass, showing how it optimised the flavour by causing liquid to flow from the tip of the tongue back into the mouth. The height of the glass was designed in such a way to cause the face and tip of the tongue to naturally rise, allowing the sake to flow to the back of the mouth.

The junmai glass has a wide mouth, which also makes the drinker open their mouth and guides the sake onto the tip of the tongue where bitterness and acidity are amplified. He also recommended not twisting the glass back and forth when cleaning, instead rotating the stem and bowl in the same direction. Jōji warned that the connection between the stem and bowl is weak, and in some cases breaks after about a month.[***]

The next seminar was led by Kazuki Usui, 11th generation owner of Senkin, discussing the role of rice and yeast in forming the characteristics of a sake. He explained that yeast is responsible for the flavour and aroma of sake, and is the most important part of the brewing process.

He also spoke about cases where the rice for a sake is grown in a different region than the brewery where it is made, explaining that while the Senkin brewery is in Tochigi some of the rice they use is grown in Okayama or Hyogo. Participants then tried different sake to see the difference between different rice varieties and yeast strains.

The last session was on pairing with French food. Sommelier Yasuyuki Kitahara recommended drinking hōjicha [roasted green tea] to cleanse the palate when drinking more than one sake. Dessert was a caramel pear mouse, served with Aramasa junmai kijoshu Hi no Tori. The sake was chosen to highlight the sweetness and cacao notes in the pear. There were also three more sake and food pairings.

*There seem to be a lot of bizarre theories about alcohol tolerance in Japan, although I’m a bit confused about this coming from the SSI. The reporting is extremely brief so maybe something more nuanced was lost.

**The exact Japanese seems to be a pun on the name of the film, effectively calling Marie Chiba a “Sake Sister” (singular).

***Very surprised to read that about the Riedel glasses, especially considering their pricing and reputation for quality.