Kōji-based brewing to be put forward for UNESCO status 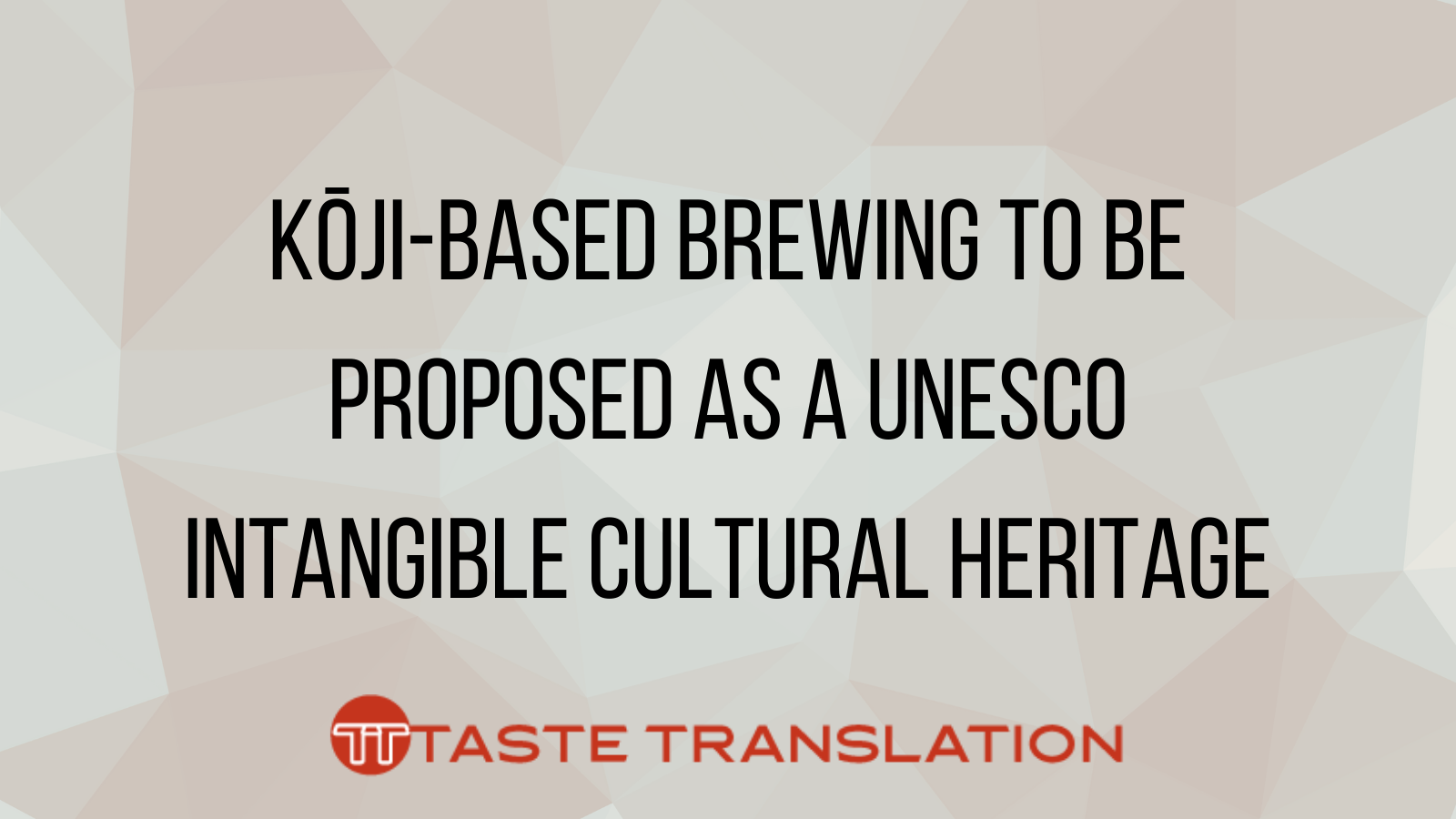 The 15 second version of the video is a shouty promotion for the NTA YouTube channel, while the more sedate 5:50 video features plenty of footage from the videos of Tsukinoi Shuzō featuring tōji Tatsuya Ishikawa. (Links below, highly recommended!)

Japan already has a large number of UNESCO-registered items, tangible and intangible, and the attempt to register traditional brewing methods seems a natural follow-up to the registration of washoku (traditional dietary cultures of the Japanese, notably for the celebration of New Year) in 2013.

The specific features that differentiate traditional Japanese kōji-based brewing are listed in the longer video as:

Techniques for brewing using kōji are thought to have become established in the Muromachi Period (1336-1573), with distilled drinks such as awamori and shōchū following after distillation techniques and equipment were brought in from overseas. Mirin, a base for shōchū, was then brewed as a drink in its own right.

Further development in the Edo Period led to brewing in winter only, and scientific understanding of the processes underlying brewing and science-based brewing methods were developed in the Meiji Period. However, traditional brewing in all its forms always uses kōji.

It’s a bit unfortunate that the Japanese term sake-dzukuri (酒造り) has been translated as “sake making” in many cases, as the widespread use of “sake” just for nihonshu (日本酒) may cause people to overlook that what is being put forward as a UNESCO intangible cultural heritage is anything that satisfies the three points above – including the brewing processes for shōchū, awamori and mirin.