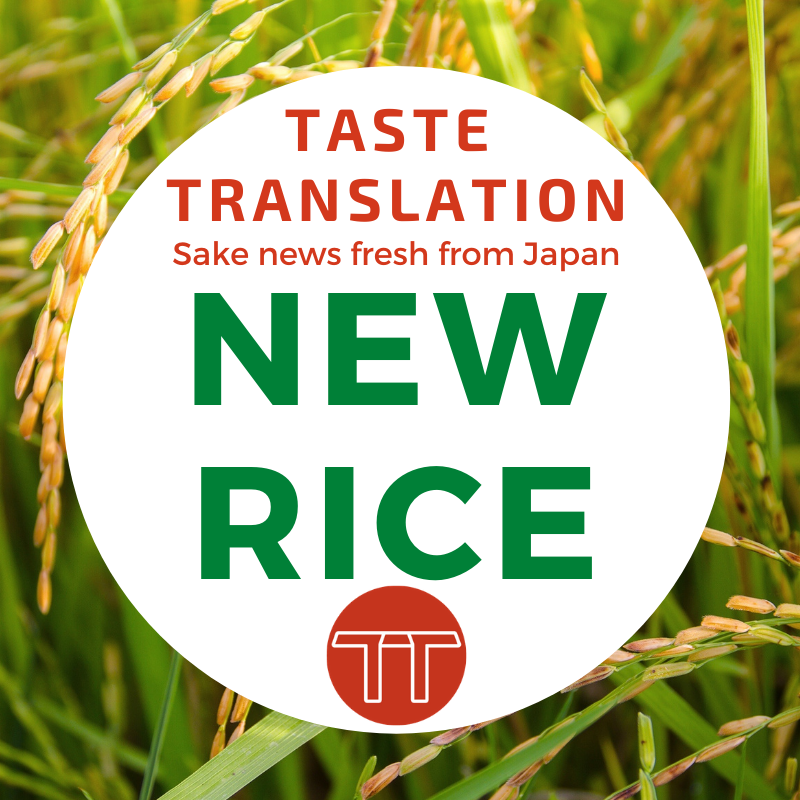 The News24.jp site has a very brief article with accompanying video [50 seconds] from a news segment on celebrations for a new jizake [地酒, local/regional sake] brewed with a recently developed strain of rice.

Ishikawa Prefecture spent 11 years developing the new strain of sake-specific rice, called Hyakumangoku no Shiro [百万石乃白, a bit sexier than its previous name 石川酒69号, Ishikawa Sake #68], and a group of people involved in its development celebrated its arrival on 1 October, Sake Day, by tasting sake made from the new rice in Kanazawa city.

Hyakumangoku no Shiro was designed for producing daiginjō grade sake, and has gradually been taken on by 20 Ishikawa sake breweries. The first sake made from went on sale in spring 2020.

The celebration on 1 October was attended by the Ishikawa Prefecture Brewers Association, and led by a kanpai with sake made from the new rice. The Association plans to promote it during their Sake Marché Week starting on 8 October.

There’s more information on Hyakumangoku no Shiro on the Ishikawa Prefecture site. Blessed with cold weather and plentiful supplies of high-quality water, it’s a great place for both growing rice and making sake.

There has been a move towards using local rice as a way to add value and create original sake in response to decreased sales in recent years, which led brewers in the prefecture to call for an Ishikawa-only rice they could use to brew daiginjō. The Ishikawa Agriculture and Forestry Research Centre rose to the challenge, and spent 11 years developing Hyakumangoku no Shiro. The Haykumangoku no Shiro brand hopes to bring the producers (farmers, brewers), sellers (sake shops, bars/restaurants) and drinkers in the prefecture together.

It lists the characteristics of Hyakumangoku no Shiro as:

Comments from Ishikawa Prefecture brewers state that it produces a fine [綺麗, kirei] sake, there’s little cracking during milling which makes the sake easier to brew, and that the rice is full of potential, like a diamond in the rough.

The prefecture held a naming contest from 18 July to 18 August 2019 to choose a new, more friendly name [愛称, “pet name”, “nickname”] instead of its development name of Ishikawa Sake #68. They received around 3,000 suggestions, and chose Hyakumangoku no Shiro.

Hyakumangoku [1 million koku, an ancient measure of rice equivalent to about 180 litres], as you may have guessed from its similarity to the well-known rice variety Gohyakumangoku [5 million koku], reflects the extraordinary agricultural output that the Kaga region, now part of Ishikawa, was famous for. Shiro [白, white] refers to both the ‘pure’ clear flavour profile of sake made with the rice, as well as its colour when milled and the white landscape in the winter when the sake is brewed. It also symbolises the rice as a ‘blank canvas’ that each brewery adds its own touch of colour to.

← Small price, big difference - how one sake brewery is handling the tax cut For those who like their sake hot, cold and in between →