Domestic and export volumes for sake (and bad graphs) 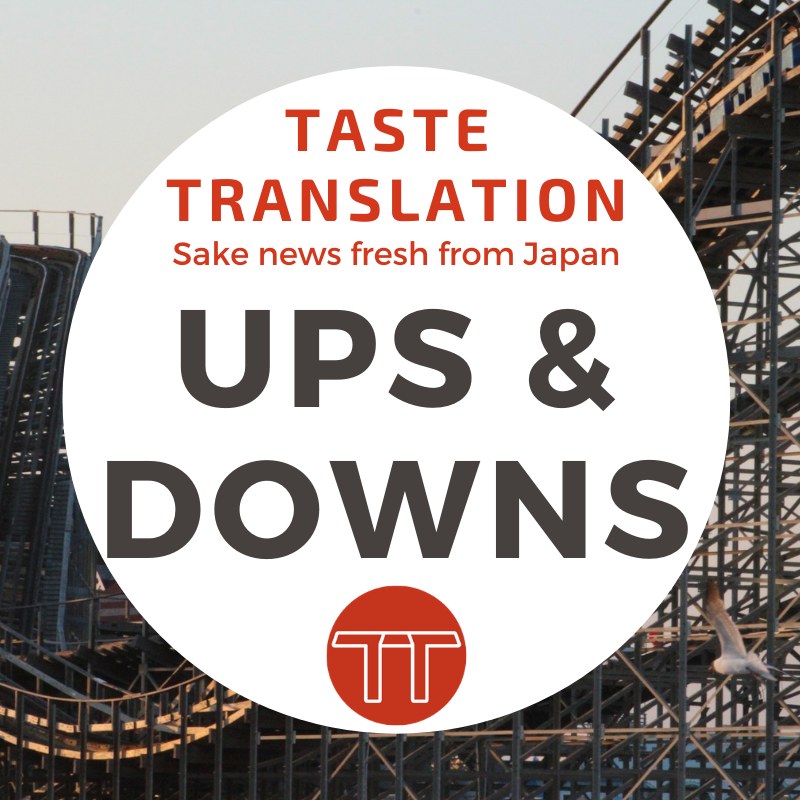 Press release site PR Times has a report from travel company HIS who have announced an agreement to collaborate with Clip Creative to promote sake overseas.

The HIS Food Project was set up on 29 June 2020 to support food producers, local governments and primary industries and to promote locally grown products. Their first initiative focused on tea, highlighting the appeal of green tea and how to enjoy it both in Japan and overseas. And their second initiative will promote another traditional Japanese food product – sake.

Covering familiar ground, the article reminds us that domestic shipping volumes of sake have been declining over recent years with the total currently around 1/3 of peak volumes in the early 1970s. The export graph shows a starkly opposite trend with both volume and value increasing year on year – sake exports in 2019 were worth JPY 23.4 billion, triple the value 10 years ago.

Figures from the Japan Sake and Shochu Makers Association for domestic shipping volumes are:

[Click the “original article” link at the end to see the graphs. There is a lot to complain about. First, “mind the gap” at the start as the first four figures are 5 years apart and the rest 1 year apart. Neither graph has units!! And the units can’t be the same as exports are nowhere near as high as domestic production. From checking other sources, it looks like the export figures are kilolitres and the domestic figures are thousands of kilolitres. Been a while since I saw something that bad…]

The explosive surge in popularity of Japanese food, among other reasons, has seen sake exported to 69 destinations around the world, with the top five markets of USA, China, Korea, Taiwan and Hong Kong accounting for 70% of export volume. [The mention of Korea may not be up to date, as anti-Japanese product boycotts have led to a crash in alcohol sales for Japanese sake and beer.]

But as more sake makes its way abroad, there is a new concern – is it being properly handled? And if not, what impression is that giving new drinkers?

One solution, developed by Clip Creative, protects sake from oxidation and light strike and allows it to be stored for long periods while still retaining flavour and freshness. HIS plan to use their international network together with Clip Creative’s patented keg draft sake system to bring the taste of freshly brewed sake to more people all over the world.

The first destinations in October 2020 will be UK, Germany and Singapore – all strategic markets where the keg systems will be targeted at local hotels and restaurants. The sake in the kegs for this trial will be Chikusen Keg Draft Nigori Sparkling from the Tajime brewery, founded in 1702. This type of sake – not only sparkling but nama (unpasteurised) – is normally difficult to transport, so it will really show off what the keg system is capable of. HIS plans to eventually have all its overseas branches capable of promoting sake.

While it’s nice to not talk about the world’s problems all the time, it’s very odd even for a press release to completely ignore both the boycott of Japanese goods in South Korea and the global pandemic. You can see the dip in export volume in 2019, and there’s no question that 2020 will be down as well.

I’ve seen the keg system in operation at Salon du Sake and can confirm that nama served from it is amazing, but it will also face some non-technical challenges.