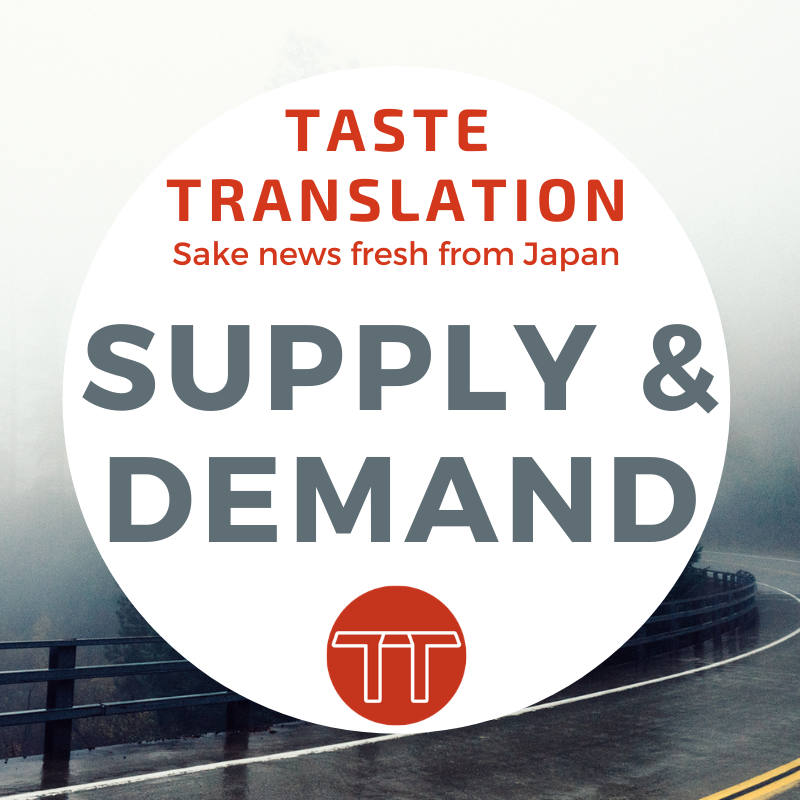 Japan’s Ministry of Agriculture, Forestry and Fisheries (MAFF) released the latest version of their regular Nihonshu wo Meguru Jōkyō (State of Sake) report in April 2021, reporting on a range of factors impacting sake production and consumption.

The report starts by recapping the continuous fall of sake production since its peak of over 1.7 million kilolitres shipped in 1973. They attribute the decline to competition from other drinks, and note that the drop became more pronounced after 2018 when shipments of tokutei meishо̄ (“premium” classes) such as ginjō or junmai that had previously been bucking the downward trend also started to fall.

The report also notes that total shipments of alcoholic drinks are falling slightly due to changes in consumption, with sake, shōchū and beer on the decline while volumes for the liqueur class, including chūhai, and whisky are rising.

Shipments of sake fell by 10% in 2020 compared to 2019, with the effect of the pandemic attributed in part to lack of corporate demand. Tokutei meisho sake in particular suffered a drop of 14%, which has a knock-on effect on the sake-specific rice these classes are often made from.

The MAFF report confirms the status of exports from an earlier National Tax Agency announcement, with volumes falling but value rising.

The last pages of the report deal with shuzō kōteki mai, sake-specific rice which is frequently grown through contracts with rice farmers. Despite falling domestic shipments, production of rice for sake brewing held relatively steady at 240-250,000 tons between 2013 and 2017, reflecting the success of tokutei meisho products that mill rice intensively and therefore demand greater quantities of whole rice. But as the tokutei meisho started to slip from around 2018, volumes of rice grown for sake production fell to 210,000 tons in 2019 – a drop of 9% compared to the previous year. The report notes that continuing decline of domestic shipments needs to be balanced with the potential for increased exports.

The report also goes into more detail on the state of shuzō kōteki mai, sake-specific rice, which I’ll dig into in the next post.

Thanks to Hitoshi Utsunomiya, Director of the Japan Sake and Shochu Makers Association (JSS) (@sakefoodlab on Twitter) for posting the report!