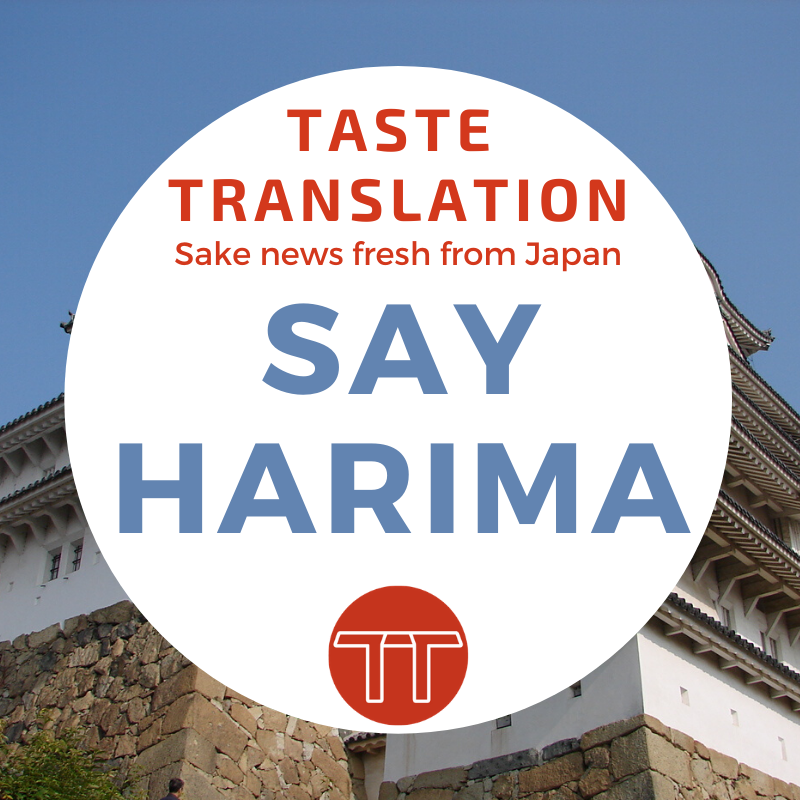 Jiji.com reports on a ceremony held in the city of Himeji on 6 April 2020 to commemorate the Japanese government’s grant of a protective Geographical Indication (GI) to the sake produced in the Harima area of Hyogo Prefecture.

Hideyasu Kiyomoto, mayor of Himeji, enthused that although the celebrations were a little less lively than usual due to the coronavirus he fully intended to make use of the GI to go on the offensive and raise the area’s profile.

The ceremony was held by the Harima Sake Kenkyukai (はりま酒研究会, Harima Sake Research Association), which is made up of the four brewers’ associations in the Harima area, and Harima United (播磨広域連携協議会, Harima Area Cooperative Council). It was attended by Kiyomoto, who is head of the Council, as well as locally elected members of the Japanese House of Representatives and the head of the Himeji Chamber of Commerce and Industry.

Sake brewing has been important to the Harima area since ancient times, as evidenced by Niwata Shrine – another supposed birthplace of sake – and Hyogo Prefecture also has a long history of growing Yamada Nishiki, the ‘king’ of sake rice. The Harima Sake Kenkyukai was set up in November 2019, applied for the GI in the same month, and was granted it on 16 November by the Japanese National Tax Agency (NTA). It’s the fourth area to be granted a GI for sake, following on from Nada Gogō.

The GI designation protects the area’s brand name, outlawing the use of “Harima” (in kanji, hiragana, katakana or roman alphabet) for any sake except the current well-known Okuharima and Harimaji brands, and other sake that meet the Harima Sake Research Association’s standards.

The only sake that will be allowed to use the name “Harima” must be made with Hyogo Prefecture Yamada Nishiki sake rice and local water, brewed in a brewery inside one of the area’s 22 towns, and approved by the Harima Sake Research Association. The Association also specifies that the sake must have soft mouthfeel and characteristically fine, deep and rich aroma and flavour. The first shipment of Harima sake is expected in mid-May.

The ceremony on 6 April 2020 saw attendees break open a sake barrel in front of Himeji Castle, and raise a glass to the new GI. Yasuhiro Tanaka, president of Tanaka Shuzo and head of the Harima Sake Research Association, said that this was just the start and they plan to increase publicity for the much-loved and appealing Harima sake.