Brewing sake overseas in the time of corona 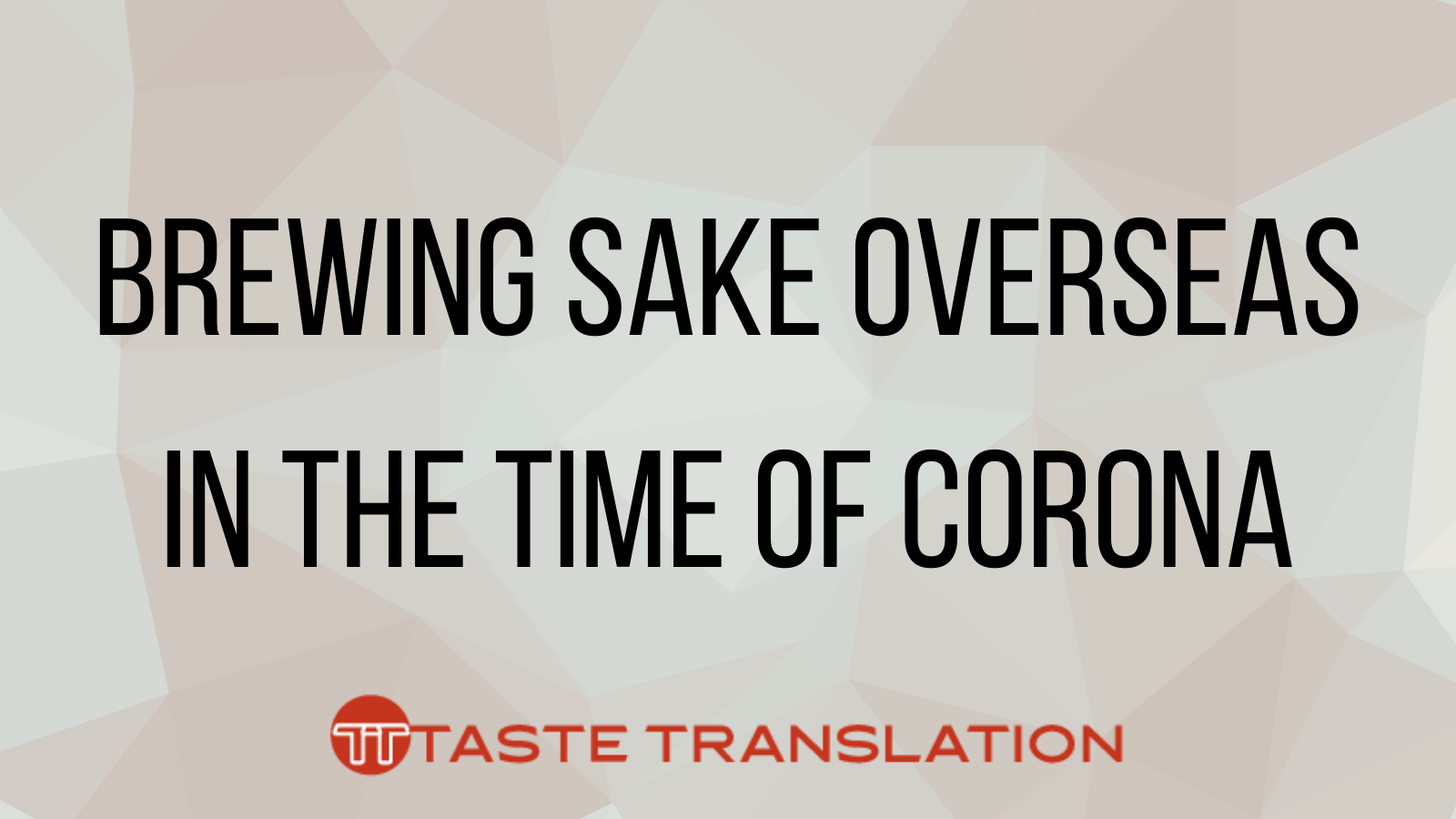 Despite the widespread problems caused by the novel coronavirus over the last two years, from my limited perspective there seems to be an increase in online activity and visibility from some sake breweries, and also in information being put out on social media and online in Japanese.

One new-ish source is Sake Street, on Twitter in Japanese as @SAKE_Street_JP and in English as @SAKE_Street_EN. They recently had an article (I think in JP only) about sake brewing outside Japan, and one of the people who replied was Shoya Imai, tōji at WAKAZE in Paris (@shoya_imai).

Imai’s reply on 11 February 2022 centred around the effects of the pandemic on his brewing operation in suburban Paris.

After commenting that this was the most passionate article he had seen about sake brewing overseas in years and that he was delighted WAKAZE Paris featured in it, Imai went on to add some information about the foundation and development of the brewery.

He first notes that the pandemic has accelerated the process of sake becoming popular overseas. The Kura Grand Paris was founded in 2019 and saw the urban lockdowns put in place at the height of French restrictions. Japan’s entry ban meant it was impossible for aspiring brewers to learn to brew sake there, and the Paris brewery has seen a string of talented people hoping to learn from them instead.

If WAKAZE had not set up in Paris before the pandemic, Imai muses, those people would have had nowhere to go and might have given up. And the resulting lack of European brewers could have put back the development of sake culture in Europe by up to a decade. But they were set up in time and now there is a concentration of skilled people on the ground.

Imai predicts that brewers in different European locations will concentrate on overcoming or adapting to local conditions and produce sake in a “craft” style, rather than what Japanese people might think of as nihonshu or typical production processes. He also thinks people will have more time to enjoy fermenting at home, and that more home fermentation equipment will be available.

And the same goes for the business side. People who want to drink sake will team up in their local areas, developing the market and accelerating product development. He points out that WAKAZE is already manufacturing together with their customers, as seen with the LAB series of products from the Tokyo Sangenjaya and Paris breweries. Being close to their market means they can manufacture at speeds impossible for anyone at a distance.

Imai also acknowledges that WAKAZE benefits from sharing their experience of brewing in Japan with people in France, crediting exchange of information with the development and enhancement of new techniques. He compares it to the partnership between Hakkasan and Brooklyn Kura and the resulting speed of cultural development, and calls for more openness and connection.

He points out that the Kura Grand Paris didn’t spring up out of nowhere, and acknowledges everyone who supported him, including technical support from Yamagata Prefecture, where WAKAZE was founded, and exchanges between French and Japanese brewers that not only transferred technical skills but also provided motivation for those brewing sake in France.

Imai names some Japanese breweries and laabels that helped WAKAZE, such as Sohomare, Nanbu Bijin, Tentaka, Kaze no Mori, Tsuchida, Niida Honke, Abe and Zaku. And he hopes to not just be grateful, but also return the favour by inspiring them with a reverse flow of French ideas.

← Sake is better with... butter?! Kōji-based brewing to be put forward for UNESCO status →