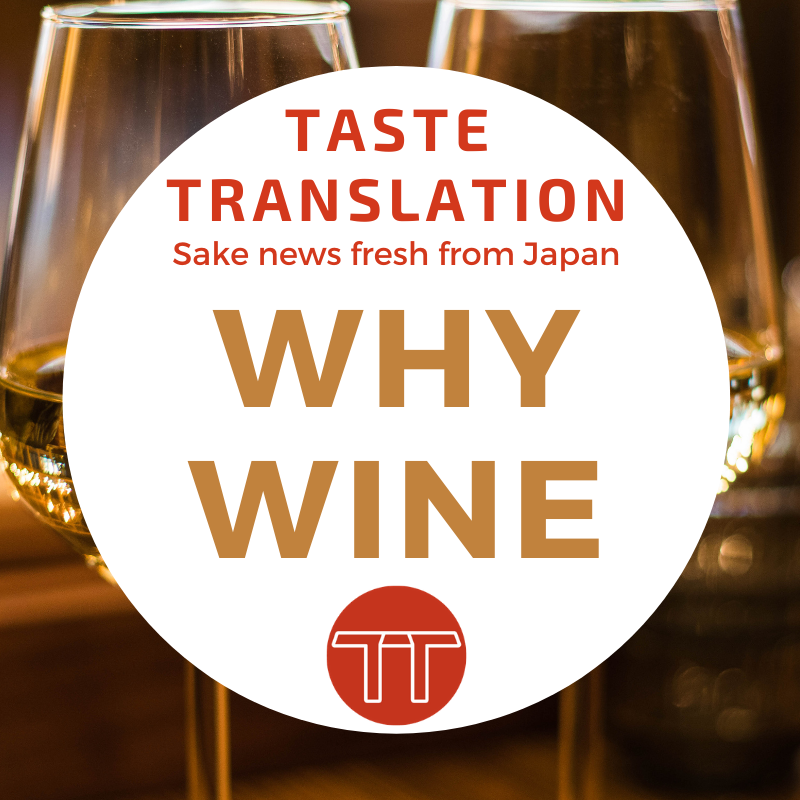 An article in @press covers a new sake that goes the extra mile trying to imitate wine – including brewing with wine yeast.

The Apero S junmai ginjō was conceived by a specialist wine shop to have a flavour profile that would amaze even professional wine sommeliers.

Kura-choku (R)* Vinos Yamazaki in Shizuoka launched the original sake in December 2020. The company developed out of Yamazaki Shōten, founded in 1913. The previous president wanted the excellent drinks made in Shizuoka to be enjoyed throughout Japan, so made it his mission to personally visit brewers all over the prefecture and work with them to promote their then-unknown products nationally, eventually becoming known as a “fixer” for alcoholic drinks promotion.

His successor kept up the tradition of personal visits to all their client breweries, and went beyond in developing original products alongside them.

Development of Apero S took a year of trial and error, from selecting the rice to finalising the concept. The aim was to produce a completely new flavour profile that would appeal to both wine drinkers and other customers who don’t normally drink sake. It was highly rated when sampled through advance sales, which comments such as “sake has a characteristic bitterness, but this tastes like a low-alcohol wine” or “it goes very well with Western cuisine, especially dishes with olive oil”.

The “Apero” in the name comes from the French word for a before-dinner drink, commonly enjoyed with nibbles or finger food in the evening. The sake is meant to be enjoyed in the same casual way, in many different situations. The “S” comes from the fact that it’s a Shizuoka sake.

Sake is usually brewed with specially developed sake yeast, but Apero S is made with a wine yeast from Burgundy. This gives it white wine-like refreshing and fruity flavours.

Vinos Yamazaki saw sake’s distinctive aromas and high alcohol content (around 15%) as two of the barriers confronting those who are not already used to drinking it. Apero S is just 12% abv, and quite unlike a regular sake. It has an aroma of wild rose, and elegant, pleasant citric acidity balanced with rice-derived umami, a flavour profile designed to appeal to non-sake drinkers.

Sold online from the Vinos Yamazaki site and from their 24 shops nationwide, a 720 ml bottle of Apero S is priced at JPY 2,280, and a 180 ml bottle at JPY 580 (before tax). It’s made from Shizuoka-grown Yamada Nishiki milled to 60%, and brewed by Hananomai Shuzō.

This is a topic that keeps coming up – how much should sake try to make itself like wine? While there is probably some value in seeking a crossover market for wine drinkers, if a sake is too much like a wine, no-one will end up drinking more sake because of it…