A new owner for an old brewing license in Yamaguchi 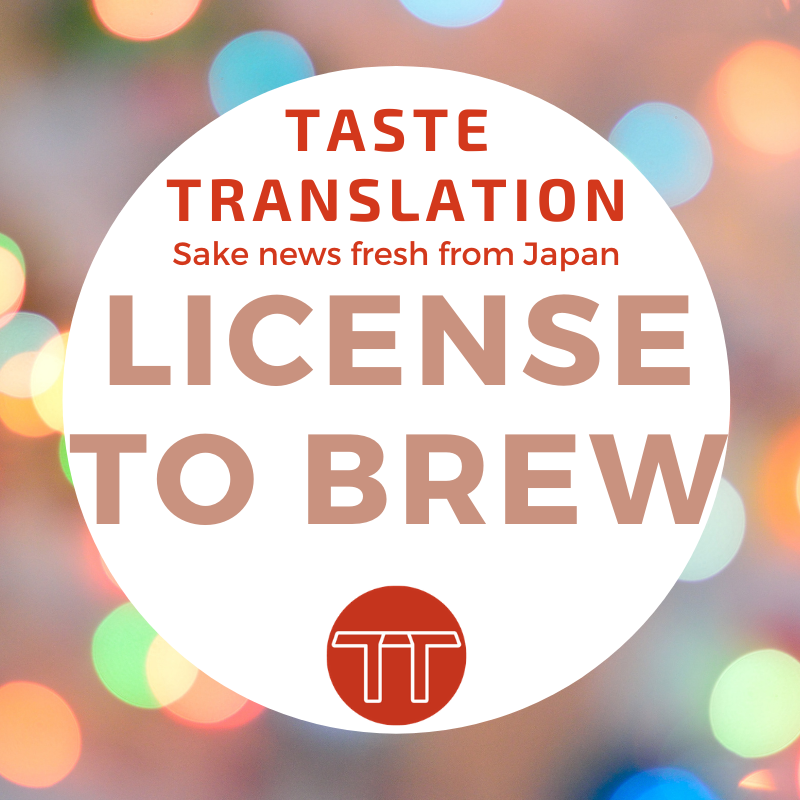 Kodama Shuzō was founded 150 years ago in Kikugawa, Shimonoseki but stopped brewing around 2005 when ageing staff could no longer keep production running. The company kept on shipping their signature label Nagato Kikugawa, but brought in the actual sake from other breweries.

The National Tax Agency reports that there were 2,109 kuramoto running sake breweries in 1997, but only 1,371 in 2017. The Liquor Tax act seeks to balance supply and demand to ensure a stable supply of tax revenue, and therefore as a rule does not grant brewing licences to newcomers wanting to enter the sake industry. Breweries that cannot find someone to carry on the business often close it down and return their license.

Nagato Sangyō, a company making solar energy systems and looking to diversify into other areas, stumbled across Kodama Shuzō when looking for a source of plentiful clean water for sturgeon farming. Nagato Sangyō took over the older brewery and made use of their precious brewing license to found the new Chōshu Shuzō with the aim of brewing small quantities of high value-added sake.

The brewery buildings were completed at the end of 2019, but the time required to install, adjust and test equipment meant that brewing only started at the beginning of October 2020.

Their first batch was made from 800 kg of Yamada Nishiki rice harvested in October 2020 in Tokuji, Yamaguchi City, milled to 60%. New Tōji Miki Fujioka (45) pressed it on 2 November 2020, surrounded by the brewery’s four kurabito with ochoko in hand and watched over by the people who installed the equipment, as the first drops to emerged from the hydraulic press. Three of the four have no experience in sake brewing, being transfers from Nagato Sangyo or licensed chefs.

Fujioka is a graduate of the Department of Fermentation Science at the Tokyo University of Agriculture and has 20 years experience working in breweries in Nara and Kanagawa, including new product development. She was concerned that lingering chemical smells from the new hydraulic press would destroy the aroma of the sake, so washed the press repeatedly with cold and warm water first. She had seen how badly the flavour of sake could be affected during the first press using newly replaced pressing fabric when working at a kura in Kanagawa five years ago, so took her time to ensure that would not happen again.

Smelling and tasting as the sake emerged, she found aromas and flavours like green apple and honey, changing moment by moment. Although warned that even a small difference could become a big one, Fujioka saw no negative influence on the flavour and deemed it a wonderful start to their first season with new equipment. She hopes to brew with even greater accuracy in future.

The label is called Tenbi, taken from the saying sake ha ten no biroku (酒は天の美禄, sake is a reward from heaven). The newly-pressed sake was bottled unpasteurised on 4 November, and will go on sale on 10 November as Tenbi The First (720 ml JPY 1,600 before tax) with the estimated 2,000 bottles already reserved.

Chōshu Shuzō will keep producing Nagato Kikugawa as a reasonably priced junmai. Fumiko Obata, daughter of 95 year old 6th owner of Kodama Shuzō, commented that they were thinking about winding up the company, so seeing the Kikugawa label remain made her so happy she almost cried.

← The rise and rise of non-alcoholic everything, including sake One Hida brewery thinking its way through the pandemic →